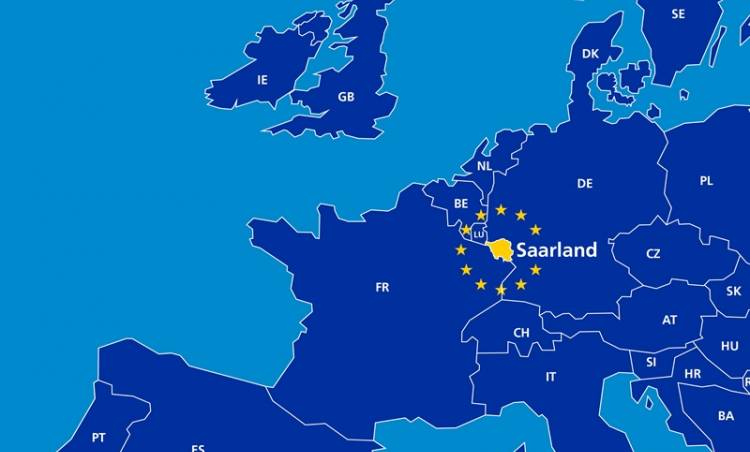 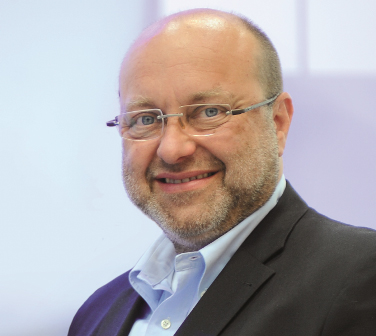 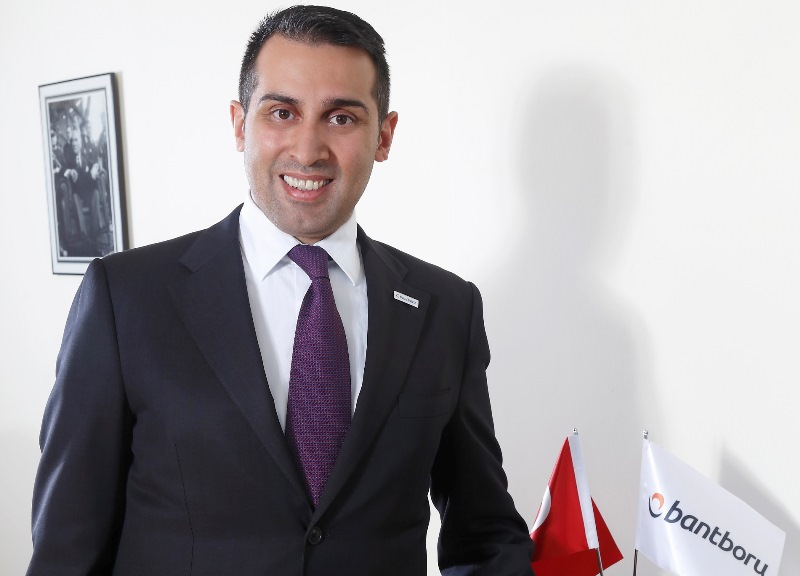 A clear commitment to industry

“We see ourselves as a partner for companies wishing to open up the EU market from Saarland - every step of the way, up to a successful relocation and beyond", describes Thomas Schuck, CEO of gwSaar, the aims of the Saarland Economic Promotion Corporation. “We have correspondingly built up and further enhanced our investors’ service over many years. We are now able to offer everything under one roof – from initial location information, to advice on funding and financing, through to finding and developing real estate and land.”

This full service approach has been a success, as a higher-than-average number of companies have chosen to run their European business from Saarland in recent years. These include major moves such as Europe’s largest kitchen manufacturer nobilia, or most recently the Chinese electric car battery manufacturer SVOLT. The latter will be establishing two production plants in Saarland in future years, and will be drawing on the skills of the Saarland Economic Promotion Corporation which will be serving as SVOLT’s building contractor.  SVOLT chose Saarland following an intensive process of reviewing 32 different European locations.

For Hongxin Yang, President & General Manager SVOLT Energy Technology the locational advantages are clearly obvious: "For SVOLT as a global high-tech company for electromobility, the European automotive industry and the growing market for renewable energies are of great strategic importance. We have selected Saarland as our first European production site for SVOLT's high-end products for a number of reasons: it is not only at the heart of Europe, but also represents a region of innovation and technology for the automotive industry. We are convinced that the start of the partnership with Saarland will be an important step in the development of a new, alternative and sustainable energy industry and that together we will therefore make a significant contribution to the future."

To explain the comprehensive nature of the support provided in Saarland, we turn to someone who truly knows what he is talking about. Sinan Gider’s BANTBORU is a leading company in Turkey supplying tubes for the automotive and white goods sectors. It produces tubes to be used in the production of hydraulic brakes and fuel systems in the automotive industry, and condenser tubes in the cooling sector.

He established a company, the BANTBORU GmbH, in Saarland in 2013, and initially drew on support from local service providers in operating his sales and client warehouses for various automobile manufacturers. He expanded in 2017 and moved into his own premises. He has also broadened his activities: as well as continuing to sell products manufactured in Turkey, he has also set up the development and production of internationally deployed machinery at the Saarland site.

A leading company in tubes which are essential for leading OEMs in automotive and white goods industries and one of the world’s top 5 global players in its field, BANTBORU is a business partner for leading national and global brands in these sectors where competitiveness and quality are paramount.

BANTBORU draws on its own R&D and technology capabilities to develop products that are used at critical points such as brake, clutch and fuel systems in 4 out of every 100 cars produced worldwide, and also works with key OEMs in the white goods sector in Turkey and across the world.

A genuine worldwide company with its business operations and global footprint, BANTBORU also takes part in global social responsibility initiatives. The company is a signatory to the Women's Empowerment Principles established by the UN Global Compact and UN Women, the most important global platform for the empowerment of women. BANTBORU is also among the signatories to the world’s largest corporate sustainability initiative UN Global Compact.

BANTBORU’s CEO Sinan Gider is fully aware of the extent of the support that companies in the state of Saarland receive. BANTBORU has manufacturing and R&D facilities at Gebze Organised Industrial Zone and at Izmit Köseköy in Turkey, and Sinan Gider has established a company (BANTBORU GmbH) in Saarland in 2013 and operated sales and client warehouses for various car manufacturers, initially with the help of local service providers. BANTBORU GmbH has since grown, moved to its own premises and expanded its operations. The BANTBORU warehouse, which is strategically important and can quickly be converted into a manufacturing plant when needed, currently operates in Saarland under this company. The company also undertakes development and manufacturing activities for internationally deployed machinery.

Mr. Gider, why did you choose the state of Saarland as the location for your company?

There are several reasons for having chosen the state of Saarland as the location for the company we established in Germany. Our investment decision was first influenced by the fact that Saarland is at the heart of northern Europe, and all of the automotive companies and plants we supply can be found within a 500km radius of the state.

I should note that Saarland, as well as its location, is also one of the states in Germany offering the best conditions for investment growth: firstly, Saarland offers significant subsidies for new investments being made, and secondly it is one of the German states with the most competitive investment and operating costs.

These advantages offered by the State of Saarland allow investments to develop and grow very swiftly. The growth and success over the last eight years of the investment we made upon creating BANTBORU in Saarland in 2013 (which was also a major step for us) are proof that we have made the right decision.

Entering a new market is a huge step. Did you receive any support in Saarland, and if so, in what way?

Although the subsidies that the state of Saarland provides to companies planning to make investment above a certain level are higher and more significant than other states in Germany, we at BANTBORU did not profit from any financial support for our investment, which we made starting from scratch.

However, given our plans to double our presence in Germany in a near future, we will be negotiating with the state of Saarland and taking advantage of any financial support that might be provided to us.

Did gwSaar Saarland Economic Promotion Corporation also help you with expanding your operations?

During the trip we made to Saarland at the beginning of 2013, in order to found the company, we were planning to both complete the incorporation process and determine the most suitable location for our site by visiting a couple of buildings we had previously identified. During the same trip, we had also made an appointment to meet with gwSaar. Although we had completed the incorporation procedures at the notary very quickly, when we visited the bank prior to our appointment with gwSaar, we were unable to open an account in the company’s name because we did not have a permanent address.

In our meeting with gwSaar, when we informed them of this problem and asked for their help, they quickly took us to Sparkasse Saarland (the largest bank in the state of Saarland) and ensured that our account would be opened that very same day, even though business hours were over.

Thanks to this support provided to us by gwSaar, we were able to successfully found our company and complete our trip in good time. Of course, the help offered by gwSaar was not limited to company incorporation; they also provided enormous support with relocating our employees who we deployed to work in Saarland and helping them adapt to living in the region.

Over the last eight years, gwSaar Saarland Economic Promotion Corporation has made an enormous and significant contribution to the incorporation and development of BANTBORU. Thus, on behalf of the BANTBORU family, I would like to express my gratitude to gwSaar  for their support.

The interest shown in the EU market by Turkish companies is unwavering, and many have been closely integrated into their customers’ supply chains for many years. This means that a new strategic orientation could be advisable. Storage, assembly or partial production in the EU can prevent supply bottlenecks or disruptions. A local presence can be a huge advantage in the event of a new risk assessment of EU business partners as a result of the crisis.

Many Turkish companies realised this a long time ago and wanted to play their part to help stabilise production processes, so showed significant interest in a workshop given by gwSaar in conjunction with the Turkey-Germany Business Council of the Foreign Economic Relations Board DEIK on company foundation and support in Saarland. In this workshop and numerous subsequent individual discussions, companies were able to request specific information about their projects in the EU. Until further notice, anyone who was unable to attend the workshop can contact Derya Arac, the Germany’s Saarland representative in Turkey, directly to obtain straightforward, personalised information (d.arac@invest-in-saarland.com).

The location of course also has lots to offer for R&D divisions and departments. We are all aware that manufacturing companies are undergoing drastic change, and that the path to sustainable success will to a major extent be determined by the information superhighway. An excellent IT research landscape, particularly in the fields of AI and cybersecurity, provides the companies based here with the capacity for innovation and access to highly skilled workers. This is a combination that has won over companies such as Daimler Protics: this research-intensive company uses mobility and product data to create digital realities, thus harnessing big data.

IT and Industry 4.0 are at home in Saarland, as demonstrated by a variety of excellent, renowned research institutes

·         Cluster of Excellence on ‘Multimodal Computing and Interaction’ (MMCI)